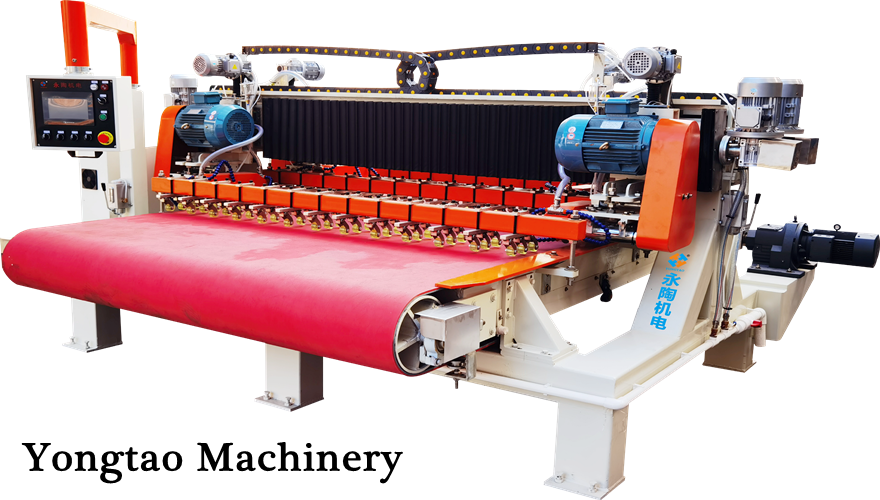 YAQZ-2000 CNC sintered stone cutting machine. This is a CNC sintered stone cutting machine, which independently developed and produced by China Yongtao Machinery Co., Ltd. It has two cutter heads connected under one motor. One before and one after,twice cut-off. In this way, the plate cut by this way will not appear the broken angle.It is better than one blade cutting method.There are two motors in front of and behind one beam.The four motors are of the same structure, totally eight blades. The four motors can be horizontally moved by CNC. The four motors also can be electrically lifted and lowered respectively. The machining accuracy is CNC through driving the baffle. Maximum cutting width is meter. It can cut 5 strips in one time from one slab. If you have multiple strips that need to be cut out at once.This CNC sintered stone cutting machine is your best choice.CNC debugging operation is simple, good stability. Loved by customers all over the world. It can continuously process large size, fast speed cutting, suit for variety of materials cutting, it is a necessary machine in most of tile and sintered stone processing factories.


Recommend Products
Related News
Want to know the information about the machine you need?
Let us provide relevant data to you. Please contact us below!